The story so far – by George Walker

When I saw David Graham’s article about VON flour in the summer 2013 issue of GGI (p.4) I immediately saw an opportunity I fancied a slice of. VON were looking to develop a product for a wider market than would typically be reached by produce from a vegan organic farm. I don’t quite remember my particular motives (power, money?), but I thought I was well placed in London to distribute such a product.

Organising a new batch of flour from the 2013 harvest has been quite straightforward. John Berry, the VON grower at Rufford Farm in Sussex who provided grain for the first run earlier this year, communicated grain availability at a preferential price at the beginning of September and offered as much as we wished for.

After harvest there were a couple of nervous weeks as John waited for the grain to dry. Meanwhile I contacted an organic farm in Suffolk on the off chance that they’d be willing to mill for us. I had no prior connection to this farm but found the contact amenable and they were willing to mill our grain. 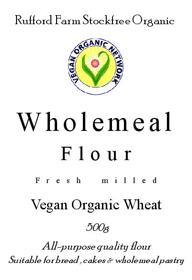 By the end of September John Berry had engaged the heater on his drying fan and got the grain dried below the magic 15% moisture threshold. The wheels set in motion, we collected 125kgs of wheat and transported it to Suffolk in a hatchback car. The grain was dropped off conveniently just a few miles from my parents’ house, and collected the week after in large flour sacks. The job done perfectly, a big thanks must go out to Mike and all at Maple Farm Organics, and to John & Denise Berry for growing the wonderful grain!

Our yield is 20 one kilo bags and about 158 half kilo bags. As you can see they look fetching with front and back labels designed between us in London and Manchester.

We didn’t expect a wheat grown with no chemical assistance would perform so well with modern quick-yeast bread making, but the flour turned out a unique loaf with no crumbling and a lovely moistness which may be due to its freshness. Sourdough bread was equally satisfactory as were the delicious cakes. 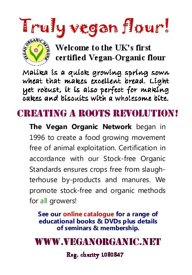 Establishing this product in stores has strong potential for expanding VON’s membership. GGI is a quality publication backed up by a range of printed and visual media, giving vegan organics an accessible body of knowledge with lively material on a variety of subjects. Exposure to a range of people buying food consciously and ethically enables us to give more people the opportunity to support and benefit from VON’s work.

Ask for veganically grown flour and other items when you shop. With the exceptions above it is most unlikely they will have any . You can then ask the manager if they will ask their suppliers for food veganically grown. You can refer them to VON if they query this. 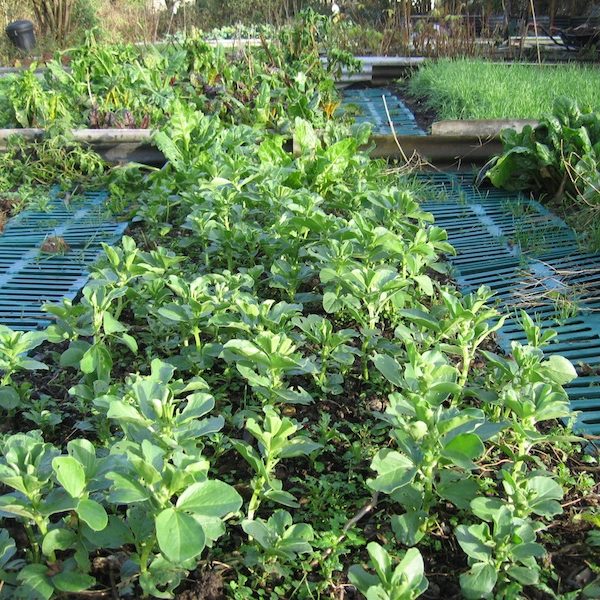 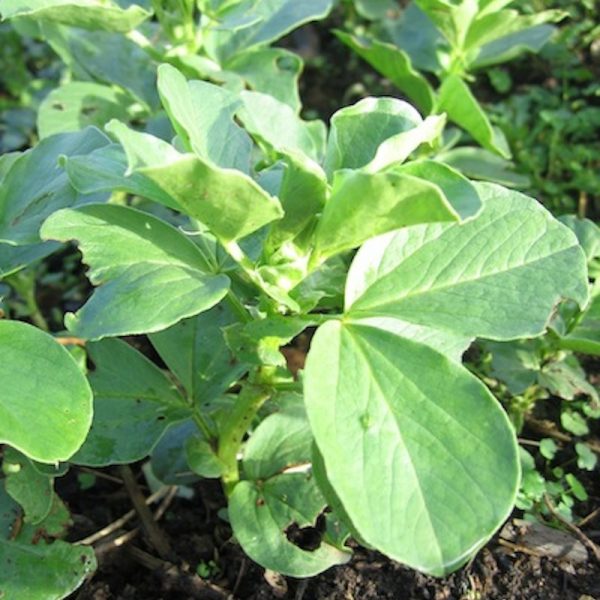 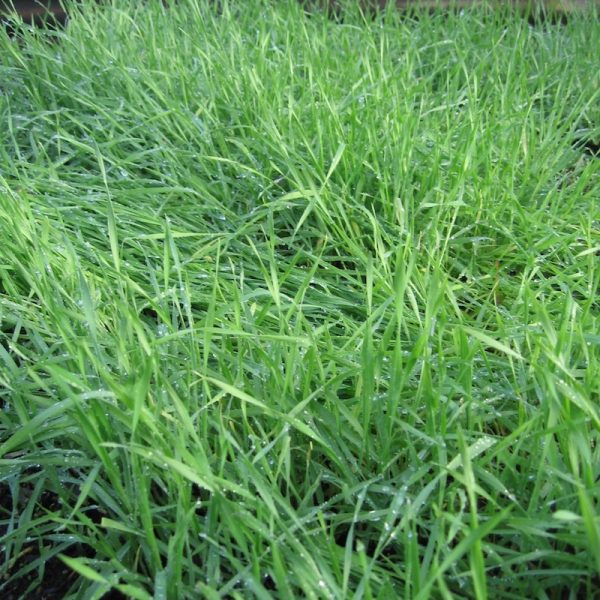 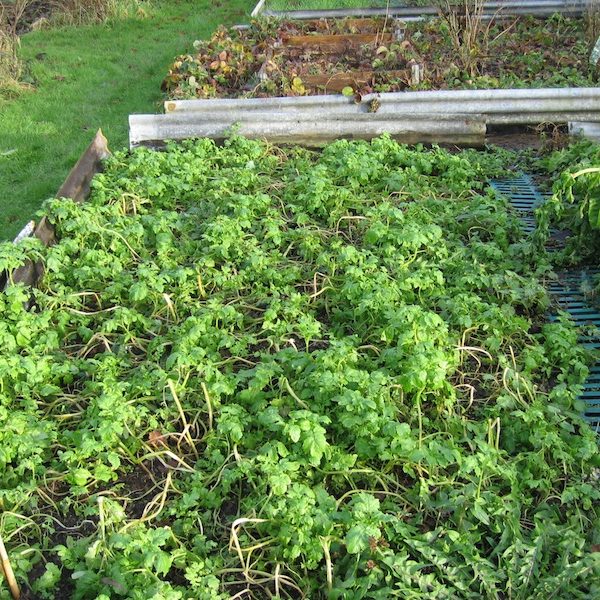 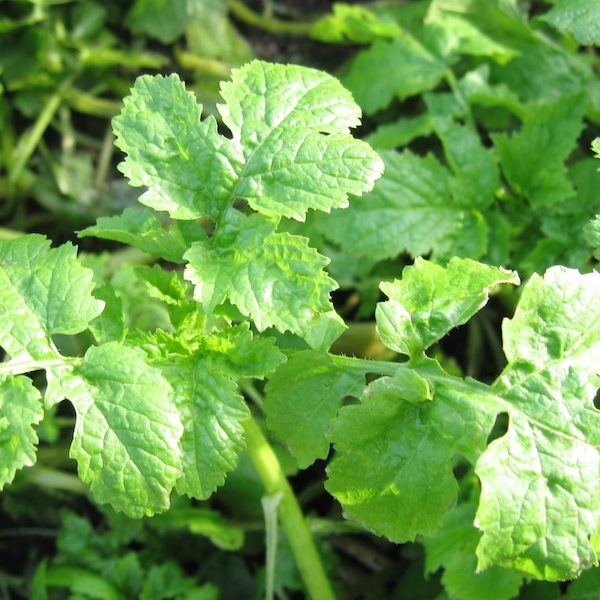 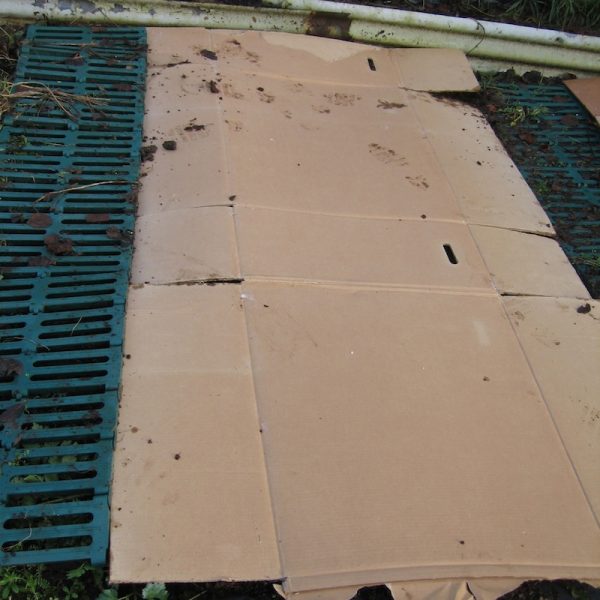 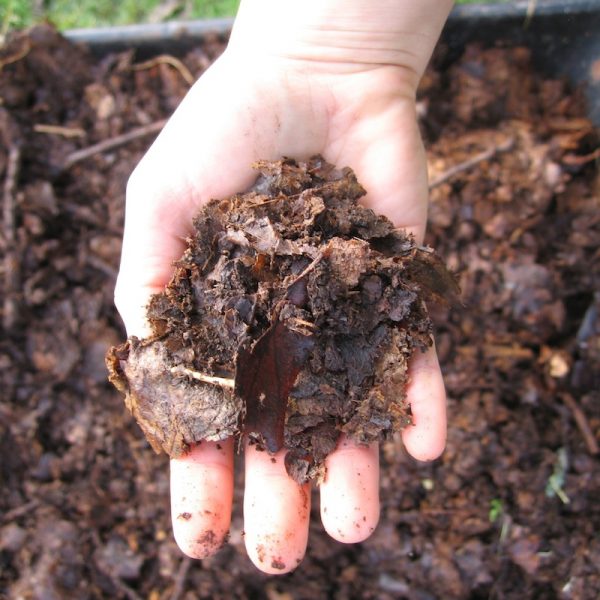 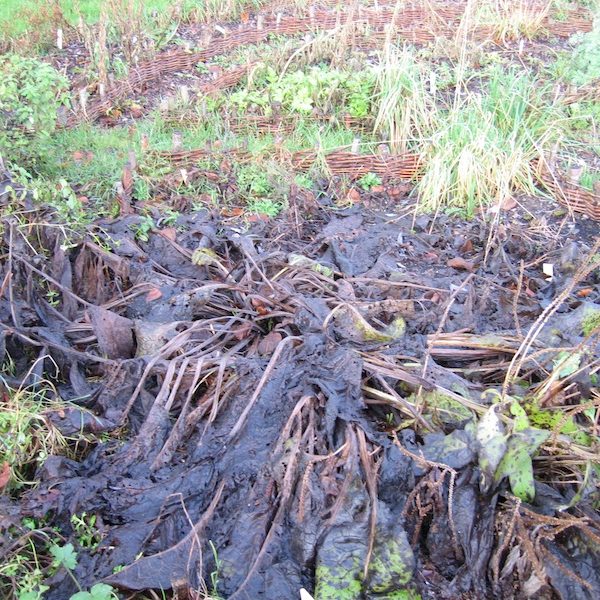 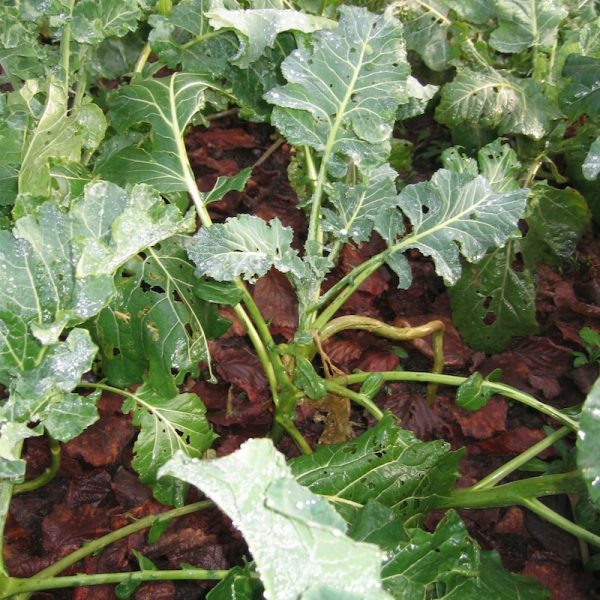 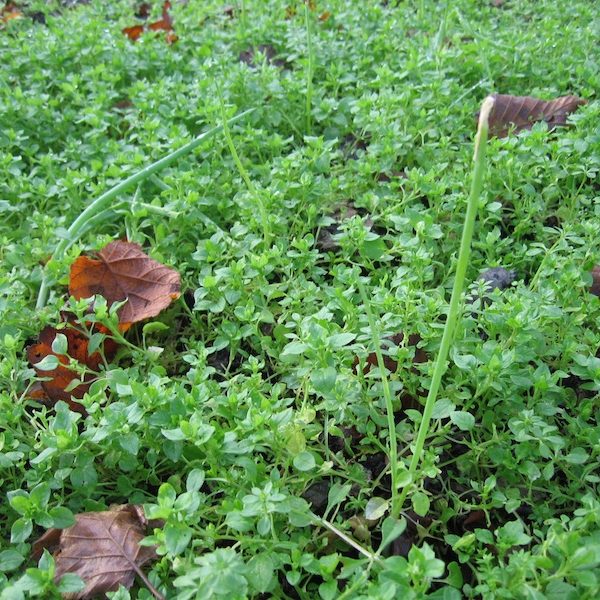 The vegan-organic garden ideally has a diversity of plants, birds, small animals, insects, fungi, bacteria and other micro-organisms…

The vegan-organic garden ideally has a diversity of plants, birds, small animals, insects, fungi, bacteria and other micro-organisms. These are interdependent and necessary for the production of wholesome food. The quality of food produced by this method compared to mono-cropping systems whose soil structure is destroyed by continual cultivation, chemical fertilisers and toxic pesticides, is superior in vitality and taste due to the variety and activity of the ecosystem.

Include many levels of plants when preparing land for cultivation, from ground cover to fruit trees. Patches of nettles and comfrey will provide cover for insects to lay eggs, the leaves can be used for liquid feed. Consider the physical characteristics – aspect, gradient, hours of sunshine, shade, shelter and exposure. Shelter belts using small trees or shrubs will attract insects and birds.

Make a soil analysis and grow plants suitable for the soil type. Install drainage and irrigation systems if necessary. Use terracing and raised beds, allow areas for perennial crops and composting. Make a pond and bog garden to attract frogs, and a pile of decaying logs and leaves for hedgehogs. Both will provide natural slug control. Use trellises and fencing for climbing plants. Scatter seeds of wild flowers. Plant clumps of herbs, medicinal or culinary, and herbaceous perennials. These will attract beneficial insects such as hover flies and pollinating bees.

Cut down existing foliage If using a no dig method cover the ground with a bio-degradable barrier. Digging relieves compacting. Examine every forkful to remove all perennial roots which will otherwise regrow. Become familiar with weeds and their method of reproduction. A continuous cover of mulch helps to retain moisture, prevents weed growth and provides a steady supply of organic matter. Liquid feeds can be made and applied when necessary during the growing season.

Use traditional varieties of seeds which have proven disease and pest resistance. Sowing and planting can be done according to calendar season or lunar cycles. Use rotation systems, including green manures as part of cropping cycles. Plants can be grown from seed in cells, and transplanted. Potatoes can be dibbed into the ground and covered with mulch. Onions are planted and lightly covered, sow small seeds in rows scraping the mulch aside. Protect from birds, insects and adverse weather by fleeces, clothes and netting.

Jörg Zimmerman has translated this article from Regenwurm – the Austrian vegan organic magazine.

Plants need nitrogen, which constitutes 78% of the air. Among living organisms only bacteria are able to absorb nitrogen from the air and convert it into organic molecules. So what could be better for plants than to enter into symbiosis with the bacteria?

Nitrogen (N2) is a very stable molecule. Industrially it can be split only with high energy expenditure. At 500°C. and 200 bar N2 can be converted into nitrogenous fertilisers. This is one of the main ways in which conventional agriculture contributes to global warming and climate change. Plants have a more elegant way of getting the nitrogen they need – by co-operation with nitrogen-fixing micro-organisms. Legumes (beans, clover etc.) have gone down this road very successfully by living symbiotically with bacteria called rhizobia.

Rhizobia live everywhere in the soil and gather around the root hairs of the plants, attracted by excretions from the plant roots. The plant and the bacteria first sniff at each other to see if they have found the right partner, because each legume needs its appropriate kind of rhizobia. Once they have found each other, the bacteria infect the root hairs, establishing themselves in the cortex (bark) of the root, where they induce an abnormal rate of cell division. The result is root nodules, which can contain millions of rhizobia.

To split the N2 molecule, rhizobia use an enzyme called nitrogenase, which is highly sensitive to (that is, easily destroyed by) oxygen. So no fixation of nitrogen happens as long as the rhizobia live freely in the soil, where oxygen is abundant. It can only happen inside the root nodules, the skin of which restricts the entry of oxygen. But, being aerobic bacteria, rhizobia need oxygen to live. To obtain this oxygen supply in the oxygen-poor environment of the nodule, the bacteria produce leg-haemoglobin, a substance which causes the red colour inside the nodules. Like human haemoglobin it can absorb oxygen and transport it to wherever it is needed. So it transports oxygen from the exterior to the bacteria inside the nodules.

In exchange for nitrogen the plant supplies the rhizobia with carbohydrates (about 15% of the plant’s total photosynthetic yield), with energy and with the necessary trace elements. The average fixation rate of soya is 100 kg. of nitrogen per hectare per year, of lupins 150 kg. and of lucerne 250 kg. But these amounts are influenced by several factors. High concentration of nitrate in the soil inhibits the growth of the nodules and hence reduces nitrogen fixation.

Some elements are important for nitrogenase activity, especially phosphorus, molybdenum and iron. A neutral pH and good water and temperature conditions are also necessary to achieve the best fixation rate. Last but not least, there has to be a sufficient availability of rhizobia in the soil. If a legume species has not been grown in a particular place for several decades or it is not native to the area (e.g. soya), the seeds should be inoculated with the appropriate bacteria.

It is generally considered that 25% of forage legumes in an organic crop rotation should supply the system with sufficient nitrogen. The question for vegan organic growers is how these forage legumes can be put to economic use or can be replaced by marketable seed legumes. It is important to note that the latter, depending on variety and species, could cause a negative nitrogen balance, because of the export of the legume seeds from the land. A plant with a particularly positive nitrogen balance is the edible lupin, which has the additional advantage that its seeds have a protein composition that is well balanced for human needs. In any case clover and lucerne should not be missing from crop rotations, due to their multiple positive effects. In comparison with mixed farms vegan farms only require half the area of clover/lucerne, because with stock rearing only 50% of the fodder nitrogen comes back to the field in the manure. According to circumstances the cut legumes can be used as mulch or they can be composted and the compost brought back onto the field when needed.

EDITOR’s note: while farmers can inoculate their legume crops with rhizobia for increased yields, small growers can use similar tricks. An advantage of growing your French and runner beans in the same place for several successive years is that the right rhizobia build up in the soil and keep increasing fertility; this might be out of step with the principle of crop rotation but it usually works without problems. When using rotations, you can inoculate the ground you intend to plant, just take a small amount of soil from ground where legumes have been growing and spread it where you intend to plant your next crop of the same variety. 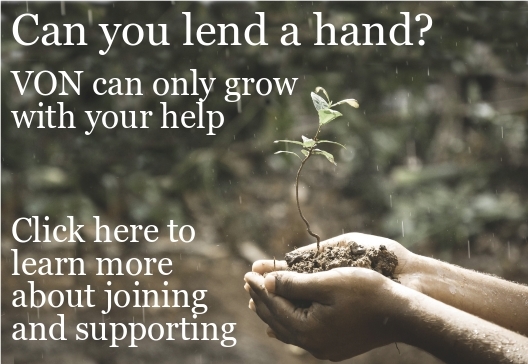