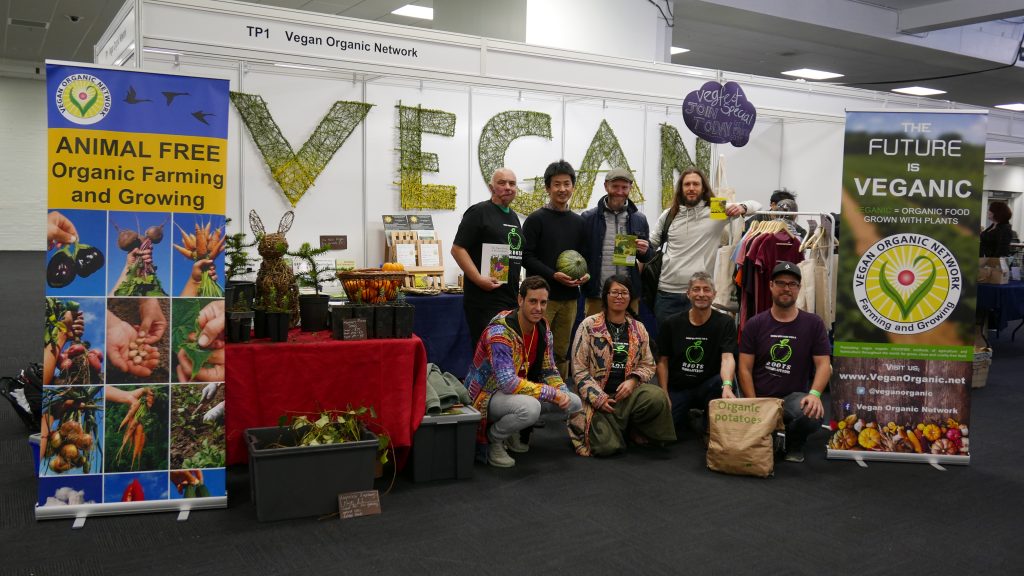 The VON crew and volunteers traveled to Vegfest from all around the country; Cornwall, South Wales, Manchester, Cambridge Essex, Birmingham and London. We set up the VON stall on the Friday evening ready for the weekend’s event.

VegfestUK celebrated its 6th annual vegan festival at Olympia London with a bang, welcoming around 14,500 attendees, 280 exhibition stands and just over 100 talks and presentations over the weekend October 27-28 across 4 exhibition halls at one of the nation’s highest-profile exhibition centres.

A few weeks before the event we produced some new resources:

Our Veganic talks area seated about 60 people, a lot of the talks were full to capacity, we had 9 speakers talking about various aspects of veganic growing, the talks were well received from seasoned VONIES and newbies alike.

Shumei sold veganic vegetables from their farm in Yatesbury.

Many of the people we talked with were vegan but had never heard of veganic growing, we attracted about 20 new members, many more went away with information and the knowledge of the difference between organic and Veganic growing.

We networked with many people and recruited new people to help our cause.

All in all, the event was a great success for VON.

Many thanks our speakers, volunteers and Vegfest for inviting us along. 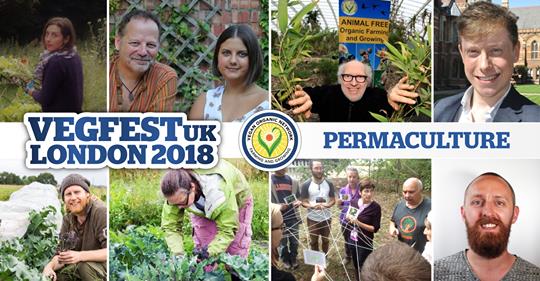