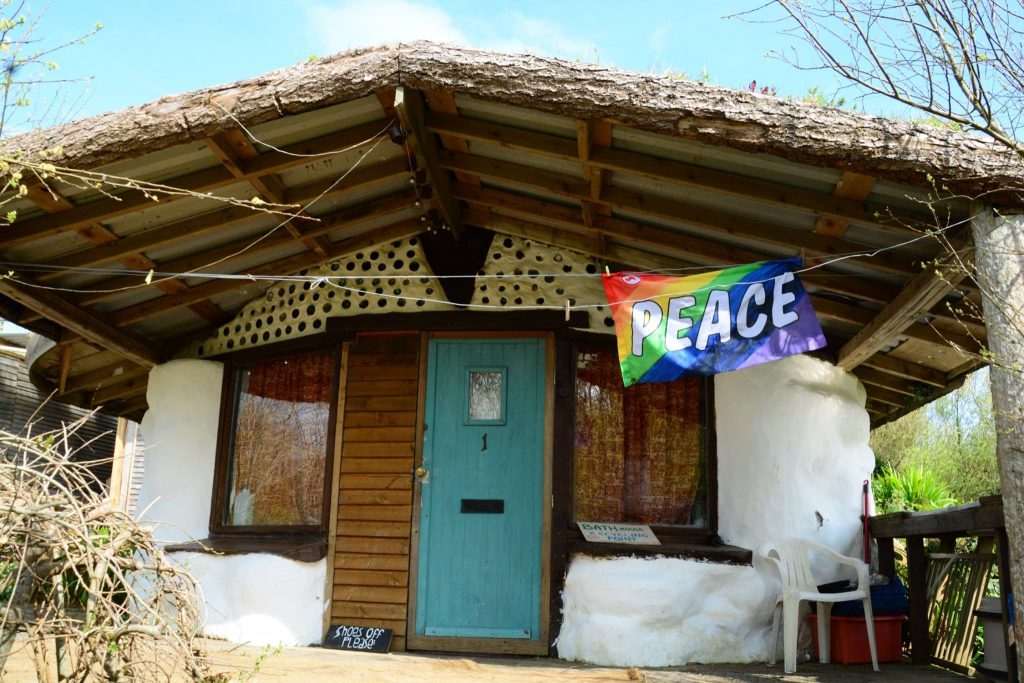 It is now 20 years since Swamp Circus got a contract to perform their shows in the big top at Falmouth’s Tall Ships Festival. 1998 found the troupe of acrobats working the sun stroked lands of Southern France with a 300 seat tent and a vegan cafe run at times by Liz Cooke of vegan food poster fame. The vegan cafe was run in an awning on the side of our yellow and blue striped double decker bus next to the same striped big top.

Coming back to Cornwall where i had spent much childhood energy on its north coast craggy beaches i suddenly realised that i needed somewhere to belong and though I loved France i didnt belong there unless I was travelling. And that was the trick, the new trick…. after a lifeime of travelling with my family and then as a troupe of acrobats and dancers , i wanted to settle down. A clown living in an old qwarry near penryn said there was land next door but i didnt have  abean and i didnt hang out with anyone who had many beans. The farmer was invited to the show and post show pints led to a private agreement on land that i was now interested in a it had 7 springs of fresh water..

When you have travelled in the south the value of water becomes clear and the value of water was sure to escalate. The dreams of irrigated fresh organic fruits and food began to grow and suddenly I was in a rush to get started , bring things back from France and get seedlings in the ground.

My first lesson started after I had in friendly fashion invited the neighbours round to the double decker bus for drinks and snacks and to sample some snippets of the dream we saw for Chyan with its higgledy piggledy fields set in a little valley bisected by a small river with woods and old qwarries either side. A site that had grown Cornish black oats and kept pigs and had an old granite pig barn. There were some old apple trees and lots of bedraggled Goat Willow, old broken static caravans and a barn full of long horned scottish cows that preferred the woods and one day disappeared to the farmers new fields nearby.

Anyway in short the rich hippy neighbours shopped us to the planning authority, who promptly put a notice on the double decker bus and sent rolly polly chaps round in suits to ask what we were doing. Over tea the vegan farm plans were produced with apple and plum trees and salad gardens, medicinal plant beds and field crops…

What about pigs they said ‘ you need to keep pigs ‘ they stated ; to be a farm, ‘ vegetables dont count. ‘

And that was the beginning of a 20 year battle to have a vegan farm. Oh yes – we have a farm holding number and for 5 years we had Soil Association Certification but to get planning to take us seriously was a mission. But now after all the years we realise that planning is what you make it and the more of us starting small holdings the better.

Chyan created a community field and organic allotments for the public, events and courses followed and gradually we no longer had to rely on our travellers heritage . It was still a shock in 2002 when we discovered that the council had published on their website a page about sustainable development and in the centre of the page sat a photograph of Chyan’s Earthship wash house and an article on our little community.

Its ironic that even after 20 years of camping including a vegan camp in 1999; and though Chyan has been used as an example of community growing and sustainable building , we still cant get lawful use for a camp site and to run forest school and nature study courses! And yet Cornwall is now plastered with housing developments unaffordable for most locals.. A little birdie has indicated that they are scared that a president might get set and the people start to get the land back!

Chyan started fruit juice production and bottling 7 years ago and the amounts each year have depended on the weather and bees. The production is growing year to year and the bottles sold locally in cafes, bars, hotels and wholefood shops. it is one of the only organic juices in Cornwall and will never become mass produced. Alongside apple juice sales Chyan produces bagged salads, preserves, chutney, dried herbs and teas, medicinal creams and organic cider vinegar. Recently apple and blackberry and apple and beetroot juices have become popular.

Field crops and garden vegetables are used by the community of 20 people living communally at Chyan and also eaten by the campers using the popular. campsites. Much of the sales are on Chyan at events such as the SURYA YOGA Camp. Cornwall Circus Camp , the Spring Fair and ever popular Apple Fayre and various other events throughout the year that often have the vegan cafe working.

The need for an organic Farming or vegan farming course has become very evident and so in 2016 we contacted several organic growers. The feedback was encouraging and the Soil Association encouraged us further by giving us their organic farming course structure and modules. And so the diploma in vegan farming was launched and will be made public in 2019. We have built a wind powered training centre which we aim to service with an electric wind-powered mini bus. It looks like 2019 will be busy so watch this space and more about Chyan to come.. 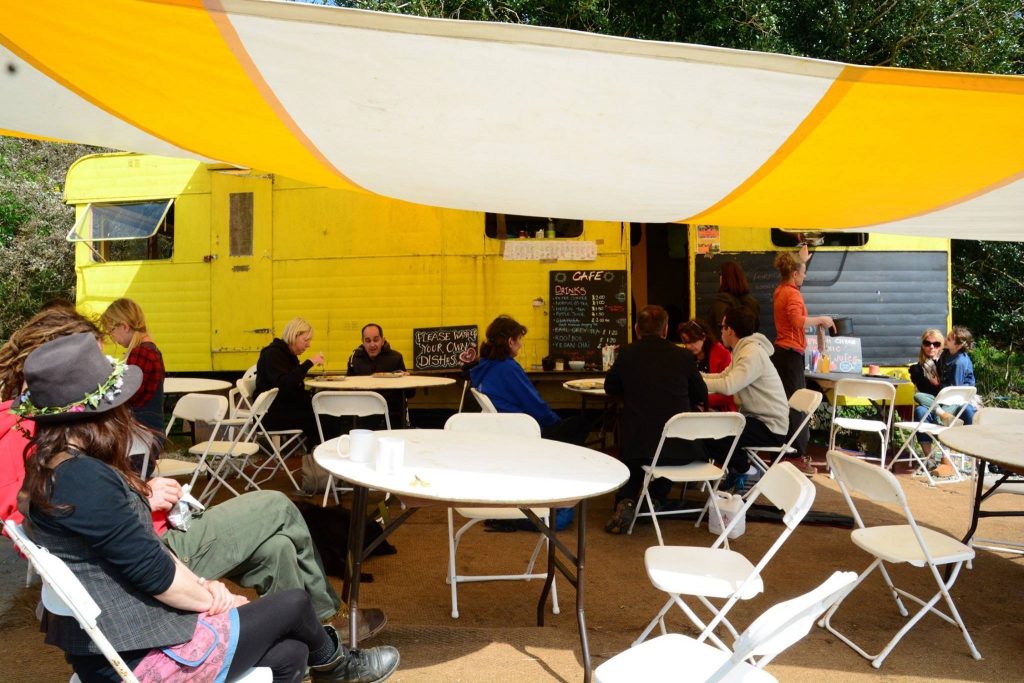