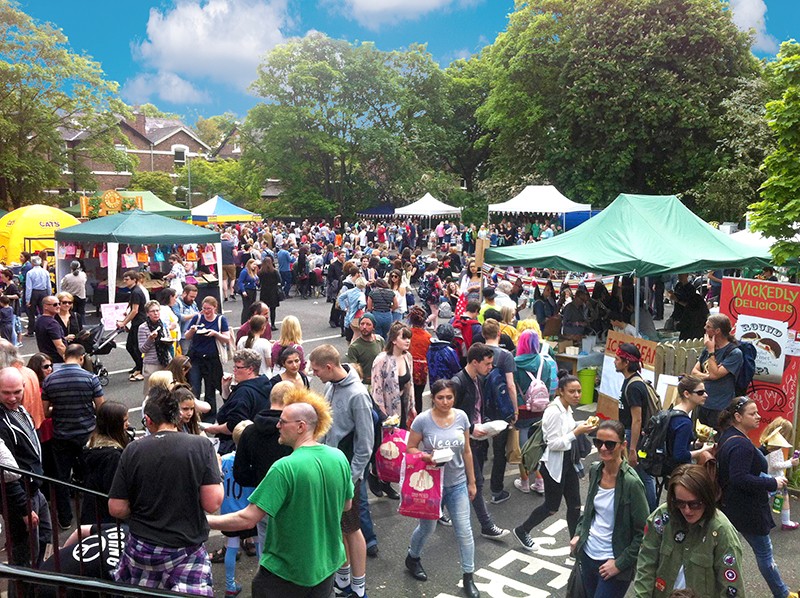 Wow-what a great sunny day for the 3rd annual Manchester Vegan Fair, and this year more people came than ever, some revisiting and plenty who were new to veganism.

The queues stretched around the block an hour before the doors opened at 11am, with some people professing to have camped all night, and the first lucky 100 received  goody bags. We were blessed with sunshine all day and visitors streamed in non-stop until end of the event at 5pm.

There were 80 stalls with cuisine from around the world, lots of campaign groups, vegan products and services,  the V-Ice ice cream stall had lots of happy customers and many stalls sold out J.

The festival was a great platform for some of Manchester’s premier vegan musicians and bands keeping everyone’s feet tapping to the vegan beat and good vibrations, and children were thrilled on the Rickshaw Rides.

Our talks room had a great variety of speakers including VON founder David Graham and Jenny Hall (Vegan Organic farmer) talking about Vegan Organic market and forest gardening and how to create alternative food systems.

On the main stage Vegan speakers from campaign groups got the message across that our event is about standing up for social justice for all and that animals have the right to life and not to be interfered with and vegan organic growing is the key to bringing an end to animal agriculture.

A big thank you to all our volunteers, stall holders, entertainers and the 3000 visitors who made the event a great success.