Over 3,000 people at the Manchester Vegan Fair 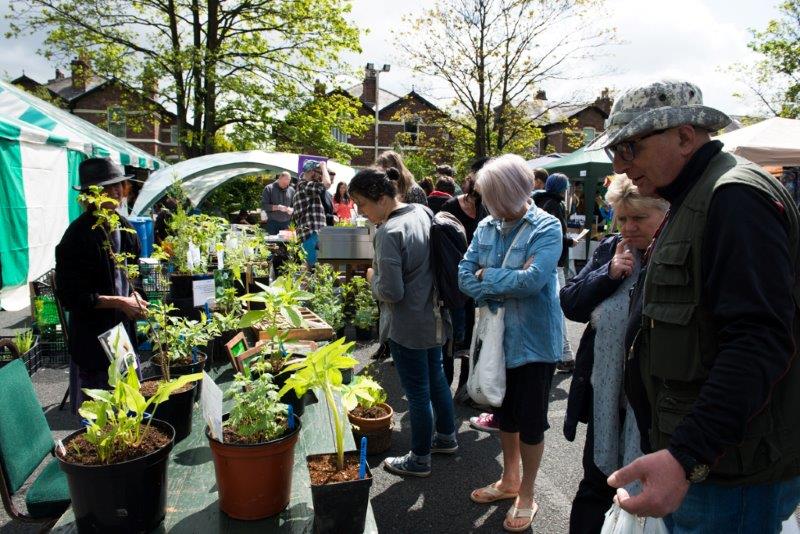 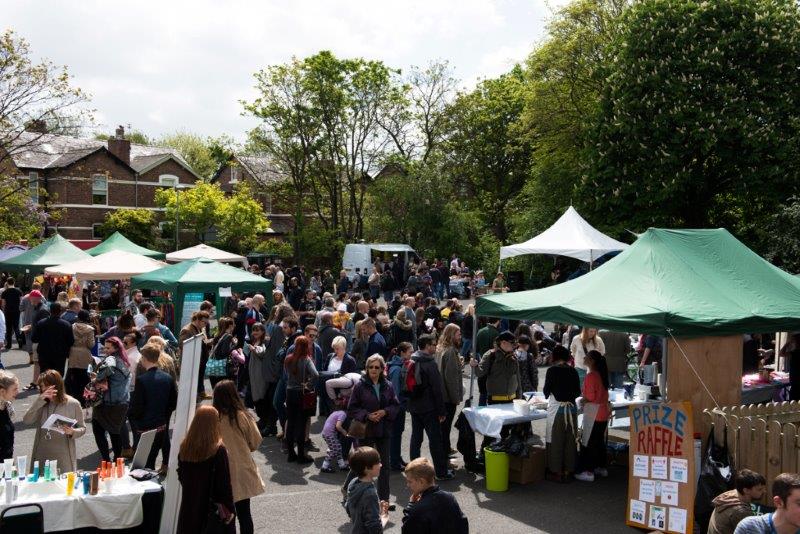 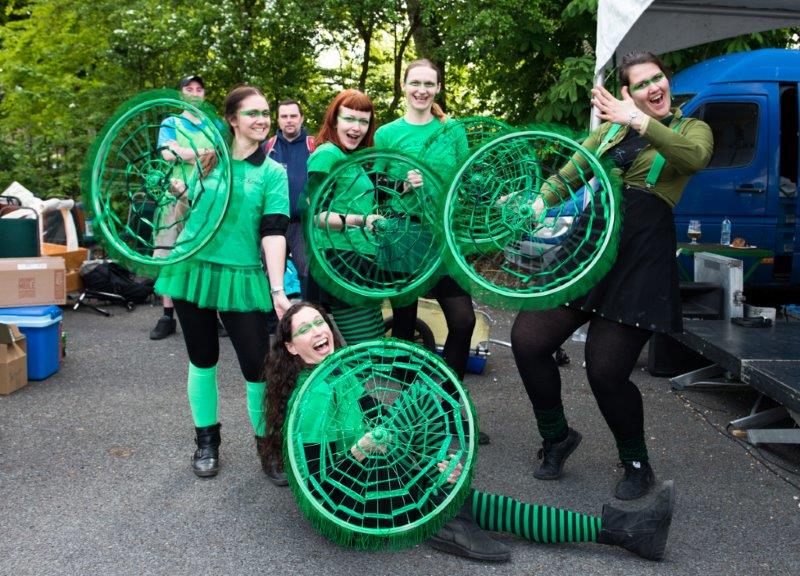 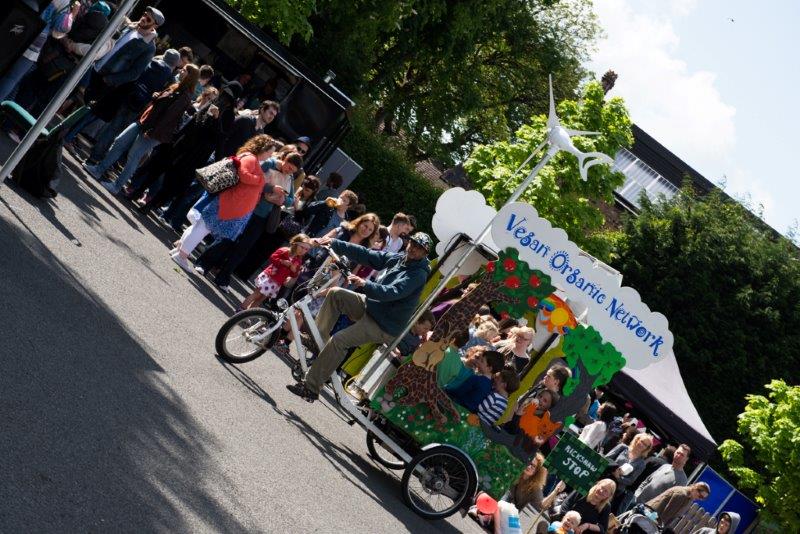 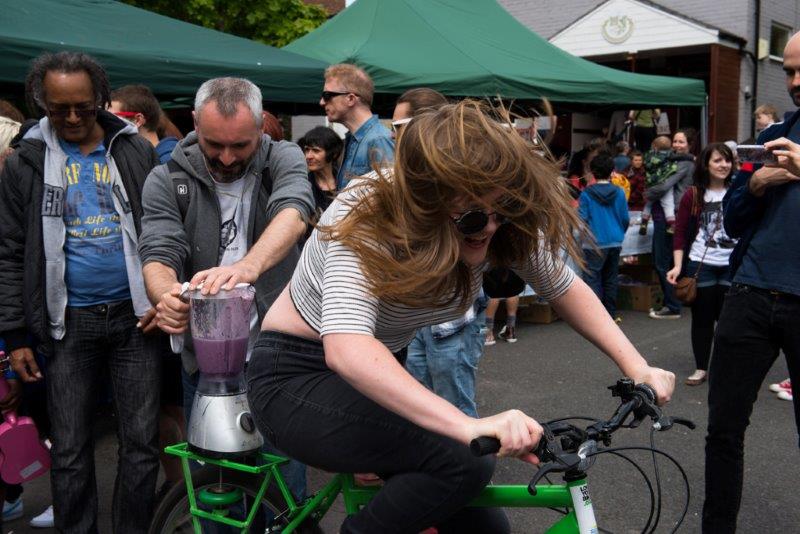 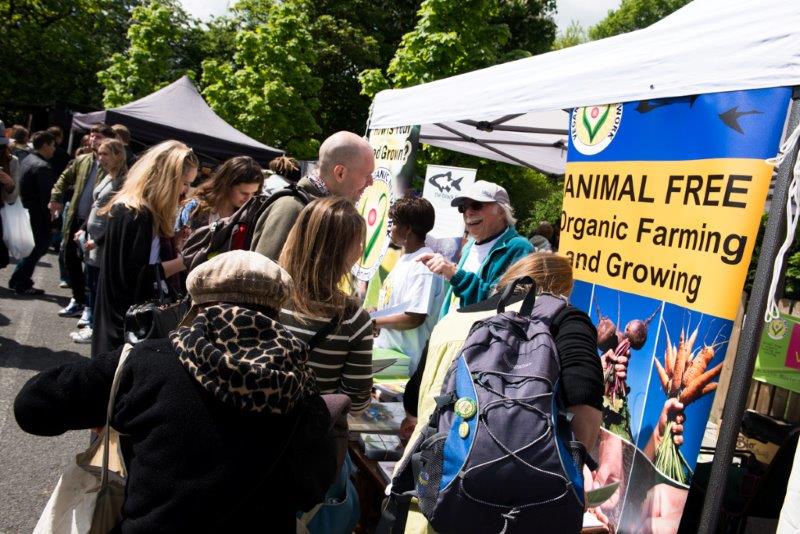 The Vegan Organic Networks very own event the Manchester Vegan Fair in Chorlton had its second showing on May 16th 2015. The event has grown from a garden party to a small festival. The support we got from the local community was inspiring: the Chorlton Arts Festival included us in their brochure, local performers all played for free, people helped distribute flyers all around Greater Manchester and over thirty volunteers helped on the day.
There was entertainment throughout the day including; a Giant Pirate with a Policeman on stilts giving chase, Spokes-bicycle dancers, solar rickshaw rides for the children, Irish dancers, face painting, henna, juggling and a wide selection of bands and poets playing on the solar powered stage.
The talks room was packed out with people wanting to listen to David Graham (VON founder), the talk is available to watch on YouTube; Manchester Vegan Fair David Graham.
The sun came out and the ice cream sold out, as did many of the cake stands. Luckily Global Fusion who arrived three hours late had a van full of cakes (the day was saved). We had a wide selection of plants from a number of local growers and the VON stand did a roaring trade. There was a fantastic array of healthy, vegan foods on offer; including Pedal Powered Fruit Smoothies, Raw Treats and a wide selection of mouth watering delights from various stalls to choose from. They were joined by sponsors Koko Dairy Free, Veganicity, Moo Free Chocolate, Pulsin, Bute Island Scheese, Vegusto, Vegan Tuck Box, and Nakd– all of whom had supplied some tasty goodies.
Additional sponsors included some of the UK’s largest vegan brands and events; The Vegan Society, Viva!, Vegfest, The Great Yorkshire Vegan Festival, Yours Naturally-Naturally-Yours, Ethical Wares, and Derma Enhance and local cafes Tea Time Collective and On the Eighth Day.
Manchester Vegan Fair 2016; have we out grown our current venue, should we make it a two day event-come along next year and find out!