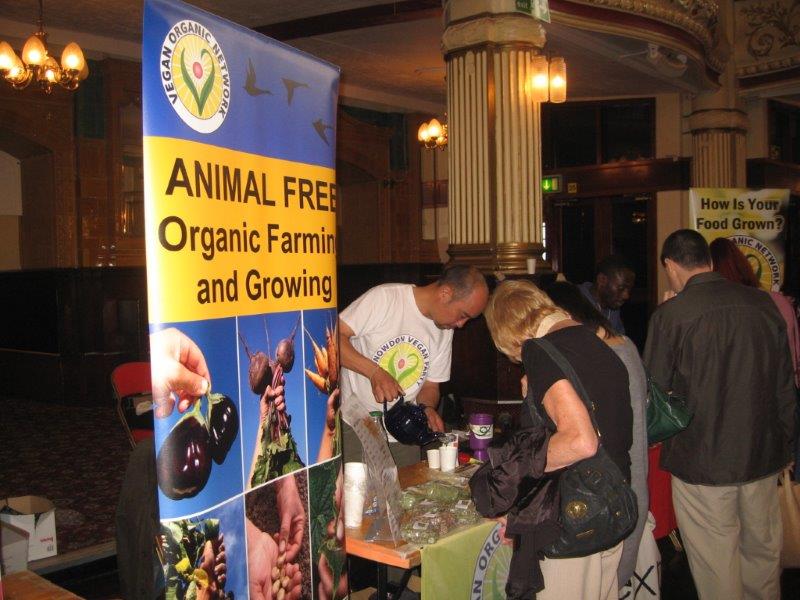 Grow Your Own Nottingham 6th September 2014

Simon took the VON stall to Nottingham’s ‘Grow Your Own Event’, he helped to inform, educate and inspire people to grow their own using Stockfree Organic Methods.

About 600 people attended the event including Veggies catering. After the event Simon went to the Sumac centre, a Vegan social centre in Nottingham, where he shared a meal and left some Vegan Organic Materials including dvds , magazines and leaflets for people to use. 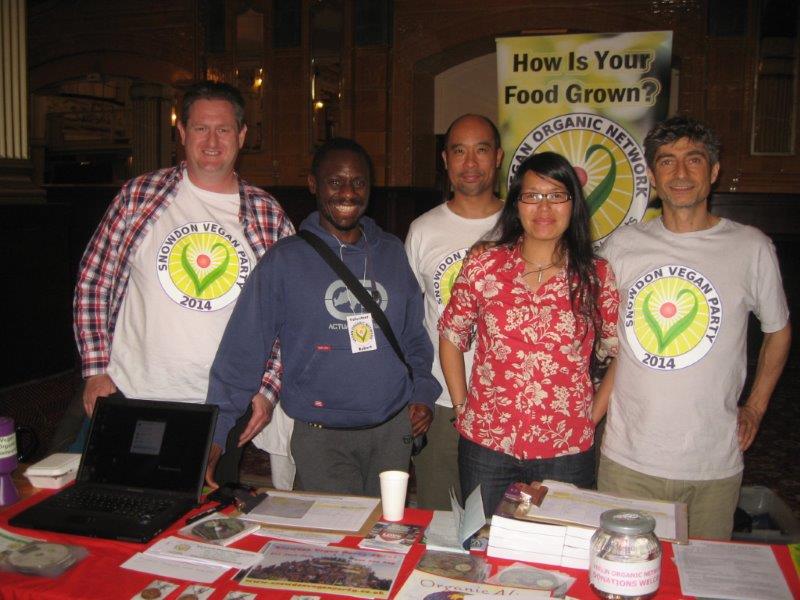 Blackpool’s Winter Gardens first opened to the public on 11 July 1878 and was described as ‘”The Most Magnificent Palace of Amusement In The World” , a fitting venue for a vegan fair.Simon, Paul, Cherry, Robert and myself enjoyed a good day out, giving out free Stockfree herbal tea grown on the Isle of Arran and talking to many of the visitors (about 1000) about the vegan organic network.
25th October West Midlands Vegan Fair What an event. 3000 visitors. An increase of 1000 on 2013. Amazing. It must have been one of the biggest 1 day festivals of the year. Who knows what next year will be like! Maybe more folks.
Sat 22 November: Animal Aid South West Christmas Without Cruelty Festival .
Thanks to our helpers for keeping VON’s show on the road: Simon , Robert, Jamie, Beks, Jessica, Doug, Ric, Cherry , Paul, Abby , Lucy, Ranjan, John, Salim, Dan, Paul, Sue, Izaak, Jill and many more volunteers who have helped on the stall and with cooking, workshops and entertainment.
VON will be at the following events
Sat 29 November: Manchester and Salford Anarchist Book Fair
Sat 6 December: Compassionate Derby
Sun Decenber 7th: Animal Aid Christmas Without Cruelty, Kensington Town Hall, London 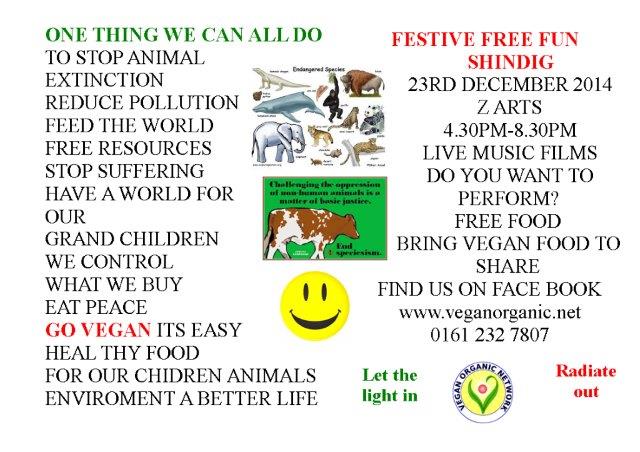